Yes, it is true, even “rockers” choose to stay “clean.”  Gene Simmons, lead singer from the popular group, Kiss, was quoted in the L.A. Times as saying, “I’ve never been drunk or high.  I am not here to convince anyone of my lifestyle.  This is what I want for me.“  He further sated he “does not understand why someone would choose to hamper their ability to succeed, by drinking and doing drugs.”  Simmons claims that his drug of choice is his own accomplishments!  Despite being in an industry that practically demands and expects participation in the drug and alcohol culture, Simmons has abstained from that destructive world to honor and respect his mother.  (5th commandment:  “Honor your mother and your father, that your days may be long upon the land, which the Lord, your God, is giving you.”)  She survived the unspeakable horrors of a Nazi concentration camp but most of her family lost their lives there.  Simmons is her only child.  (Leviticus 19:32  “Stand up in the presence of the elderly and show respect for the aged”)

Kiss is the #1 American Gold Record Award winning group of all time.  Simmons given name is Chaim Witz.

“It is better to walk alone, than with a group going in the wrong direction!”
Diane Grant, Canadian playwright and screenwriter. 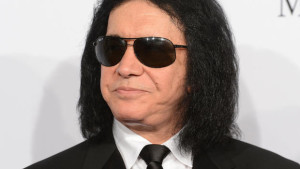 « The Magic Show
Boom-Boom-LaRue, Passenger on our Train »

One thought on “Boom-Boom LaRue Talks About Kiss N’ Clean”